These are all words that I associate with riding a bicycle. I grew up spending my weekends riding a tandem bicycle with my father. Eventually, living in Portland, I became an everyday cyclist. Not until the age of 33 did I own a car, a decision prompted by moving to a rural community and wanting to go farther on weekends to explore. I still do most of my everyday tasks (bank, post office, groceries) on a bicycle, often in the afternoons as a break away from the computer. Rain or shine, those few miles that I ride alone are often my favorite part of the day. Time to think, time to breath, time to feel strong.

I love the bicycle because it offers independence. I alone am in control of how I get from point A to point B. I don’t have to fuel up, besides eating a good meal. I am not the first woman to feel this allure of the bicycle, and I certainly won’t be the last. The bicycle is a vehicle of independence and transformation. It has shaped the women’s movement, from fashion to voting rights, and even today, continues to be a tool of empowerment.

As Susan B. Anthony stated in 1896, “Let me tell you what I think of bicycling. I think it has done more to emancipate women than anything else in the world. It gives women a feeling of freedom and self-reliance. I stand and rejoice every time I see a woman ride by on a wheel…the picture of free, untrammeled womanhood.” 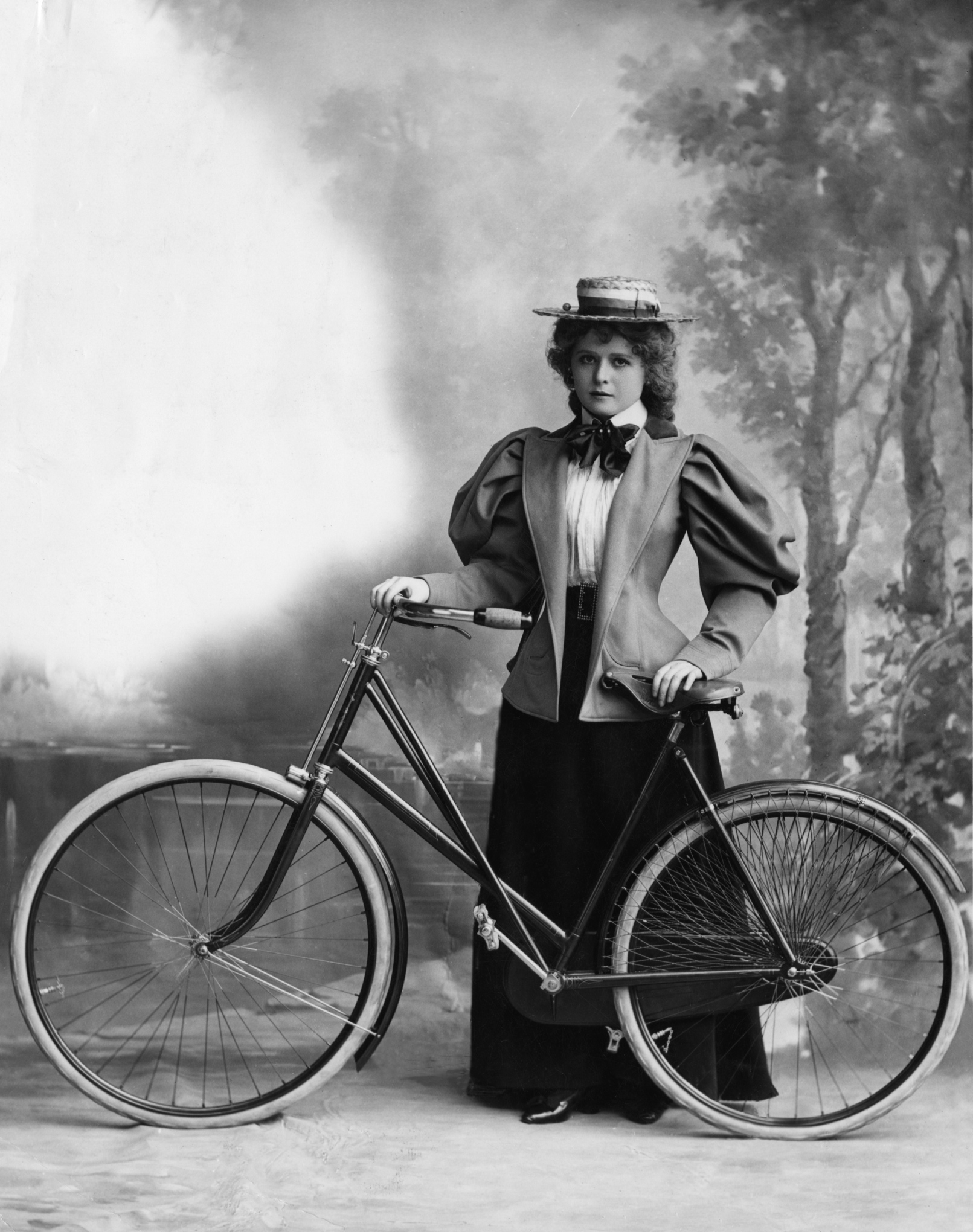 In the United States in the late 1800s, the bicycle gave women a new sense of freedom and independence, one that challenged the cultural norms of the day. The thought of a woman on a bicycle was so appalling to some, that women were warned against contracting the medical condition “bicycle face” (the late 1800s version of resting bitch face perhaps?).

A columnist in The San Francisco Call wrote this in 1895:

“It really doesn’t matter much where this one individual young lady is going on her wheel. It may be that she’s going to the park on pleasure bent, or to the store for a dozen hairpins, or to call on a sick friend at the other side of town, or to get a doily pattern of somebody, or a recipe for removing tan and freckles. Let that be as it may. What the interested public wishes to know is, Where are all the women on wheels going? Is there a grand rendezvous somewhere toward which they are all headed and where they will some time hold a meet that will cause this wobbly old world to wake up and readjust itself?”

I think that we are still pedaling towards that grand rendezvous, and even a century later, the bicycle is still a symbol of our forward movement. We are proud Amazons pedaling up steep hills and down twisting roads, drunk with the possibility of a future where gender equality isn’t a dream but a reality. We ride and feel powerful, strong, liberated. The bicycle is our feminist machine.

Even a century  later, the bicycle is still a symbol of our forward movement.

In a culture that encourages female sport, and where choosing to ride a bicycle can feel simplistic, it’s important to remember that this isn’t the case for all women. In fact, what if someone told you that you weren’t allowed to ride?

Iranian women have mounted bicycles to defy a cycling fatwa, and in Afghanistan, bicycles have become a symbol for a new generation of women, one who is working hard to push their country forward. “They say a bicycle can destroy a girl’s future. If a boy falls off a bike, they say he will be alright. But a girl can face many difficulties if she chooses to ride,” says Nazifa [last name withheld to protect identity] ] in the trailer to Afghan Cycles, a feature-length documentary about women cyclists in Afghanistan that will premiere this spring.

My good friend Sarah Menzies is the director of this film, and over the last few years we have been inspired by the stories and perseverance of these women. One quote, from a young rider in Bamiyan named Tahira, comes to mind. “I always wanted to ride a bike. When boys in my neighborhood used to ride a bike, I wished I could have been them – free on bicycles.”

There is freedom on a bicycle, and these women in Afghanistan, along with many of their counterparts in places like Iran and Saudi Arabia, refuse to back down, challenging deep-seated cultural norms by the mere act of riding a bicycle. “I’m standing against something bigger than I originally thought,” Baraah Luhaid, the founder of Saudi Arabia’s first gender-inclusive cycling community and business, Spokes Hub, told The Guardian. “When I advocate for women’s cycling, I’m advocating for women’s independence.”

Around the world the bicycle helps bring independence to women, empowers them, offers them new opportunity. In places like Cambodia, Kenya and India, bicycles are a tool for education, enabling girls in rural communities to access school. In Colombia, they have provided a way to escape gender and sexual violence. In East Africa, bicycle ambulances help to get women in childbirth to the hospital care they need.

While in the Western world we don’t deal with the same daily struggles, cycling still embodies our fight for equality. In the U.S. there’s a distinct gender gap in cycling, and as women, we make up a small percentage of cyclists overall. We’re also more sensitive to the lack of bike lanes and trails. Embracing better cycling infrastructure means embracing equal access to transportation, and making safer roads for all.

The bicycle is far from a simple tool; it’s an incredibly powerful one. The bicycle has been, and continues to be, a tool of our global women’s movement. Perhaps it’s no surprise that forward movement of a bicycle is dependent on the revolutions of its wheel, just like our own forward movement of society is dependent on our cultural revolutions. We keep pedaling forward, literally and figuratively.

Whether we’re in the U.S. or Afghanistan, as women, we can all still use the bicycle to “cause this wobbly old world to wake up and readjust itself.”

After all, isn’t that what revolutions are for?

Anna Brones is a writer, artist and producer. She is an avid everyday cyclist and the Impact Producer of Afghan Cycles.

Photos courtesy of both Anna Brones and Jenny Nichols, as indicated.

2 Comments on Pedaling a Revolution